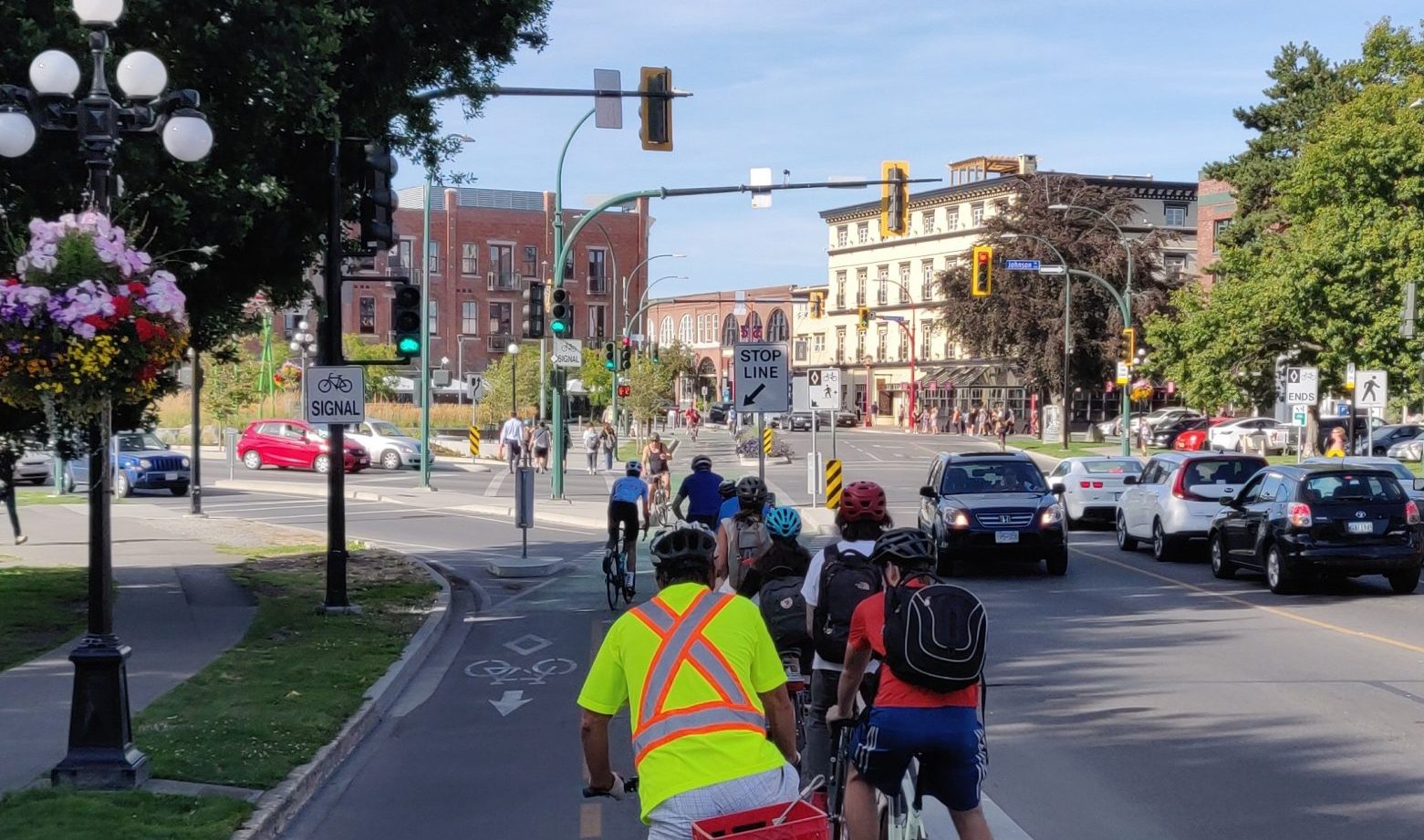 In conversations with voters over the past year, many have raised Victoria’s protected bike and roll routes, which the City calls All Ages and Abilities or AAA.

So far this has been in the top five issues, though it seems fewer are raising it as time goes by. (Housing availability and affordability remains the number one issue by far.)

Before we go any further, let’s acknowledge that the protected routes really aren’t available to all. For example, it’s illegal for people on mobility scooters to use them, though I have seen some using the routes, and I’ve never heard of the police enforcing that rule. Nevertheless, it’s a (provincial) rule, and it likely deters some. By the way, I support legalizing scooters on the protected routes.

On the doorstep, some voters are fully supportive of the protected routes. Of those who are not, the large majority say something like the following:

It’s easy for me to understand these views because they are also my views.

I’ve been a transportation cyclist since I was six; I rode to my school, as did most kids. (I’m also a bus rider, pedestrian, and car owner.) I’ve commuted by bike in cities small and large, and I’m OK with riding in motor vehicle traffic.

Victoria’s protected bike and roll routes are not really intended for cyclists like me.

They are intended for people who would like to ride, but don’t ride because they do not feel safe riding in motor vehicle traffic. And that’s a large group of people. 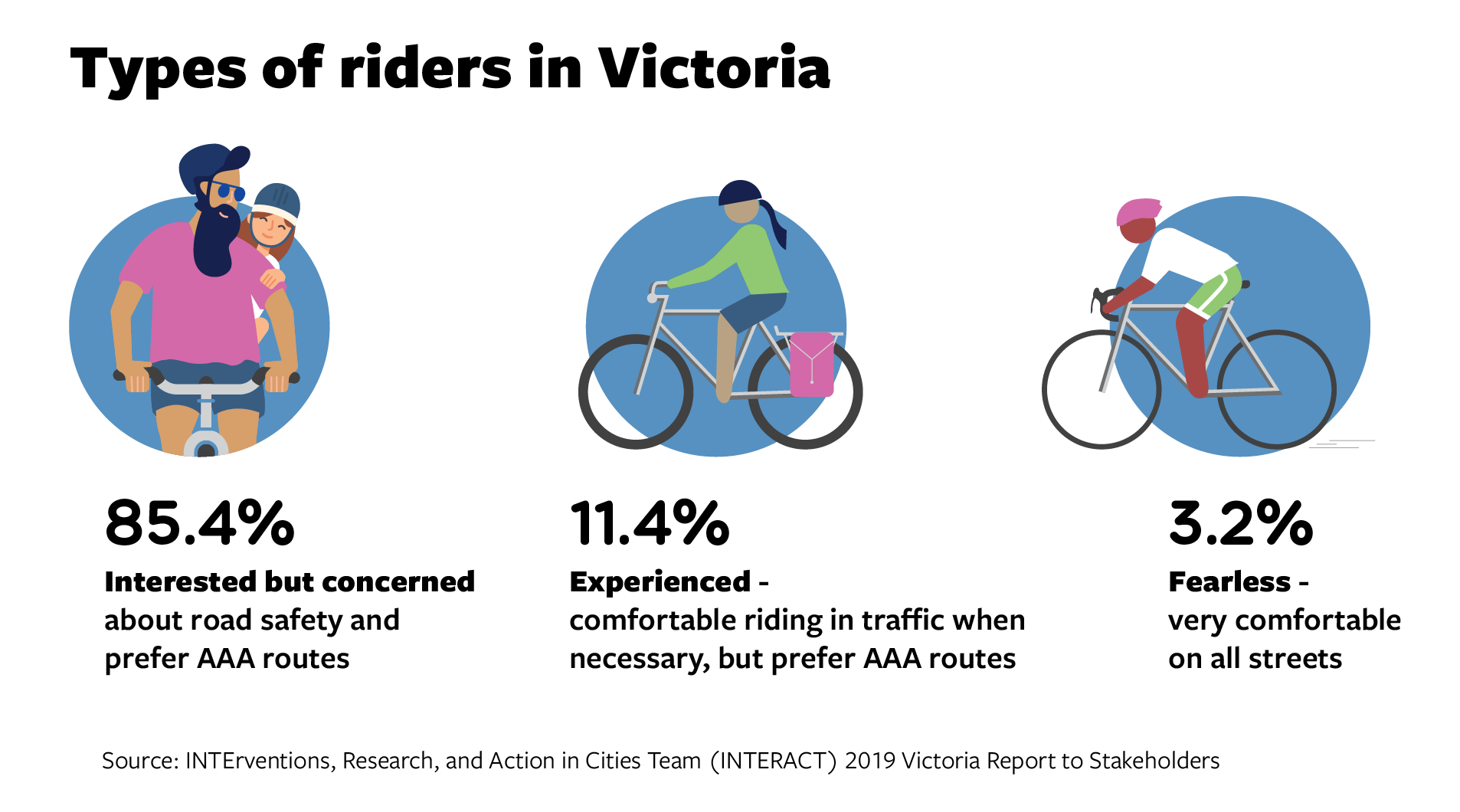 By the way, the people who are “interested but concerned” are not wrong to be concerned; Victoria had hundreds of casualty crashes over a five-year period. However, in the last couple of years, I’m seeing a lot more of these types of people on bikes. Moms and dads out on cargo bikes with their kids on the back. Seniors on e-bikes. This spring my partner regularly saw a group of kids riding their bikes to school along the Richardson route with a few parents accompanying them – a virtual school bus.

I also had a look at the cycling trip data (e.g. Pandora, below), and it confirms that ridership went up significantly after the protected routes were implemented. 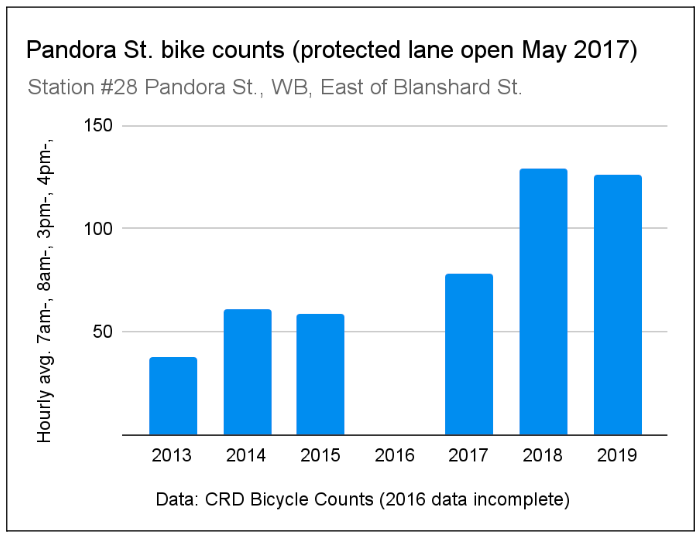 This said, the existing routes do not constitute a fully effective network, as there are still gaps.

Also, I would have preferred different routes to the ones chosen, in some cases.

Also, there are different ways to protect routes, and I would have preferred some different types of protection on some of the routes.

However, I understand limits and tradeoffs. I also understand there is a wide range of views, needs and desires; nobody speaks for all “the people of Victoria” on this topic (or on any topic).

I also think some routes can be created with quick fix actions – planters, temporary concrete “Jersey” barriers, etc – like some Vancouver routes. This will allow for adjustments as time goes on and we find out the pros and cons of each route, and ridership continues to increase. 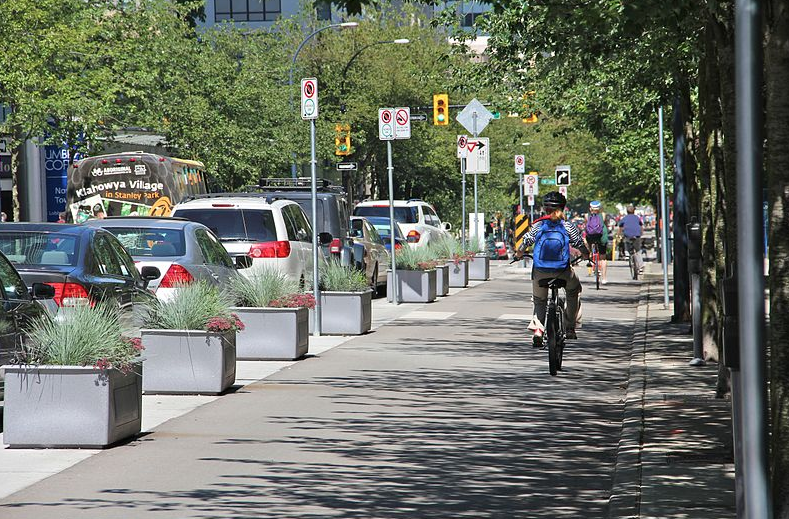 The details matter (e.g. spacing of planters) but these would allow adjustments to be made as needed. Moreover, such rapid construction methods would allow the network to be built out more quickly so its full value could be demonstrated.

That’s all well and good, but have I been personally affected by the bike and roll routes?

When driving my car, I can no longer take my favourite route downtown, which costs me a minute or so.

And I often need to take a different route to access my home.

So it is inconvenient for me sometimes. But I’m happy to trade a little of my own inconvenience for the safety and comfort of others.

We do need to reduce fossil fuel consumption. Transit is one way. Electric vehicles are another. Walkable communities are another. There is no single magic bullet. Biking and rolling work for some.

We need all options to be safe, and efficient.

If you have suggestions for how the City can provide a wide range of safe, efficient transportation options, please email me at dave@davethompsonvictoria.ca.